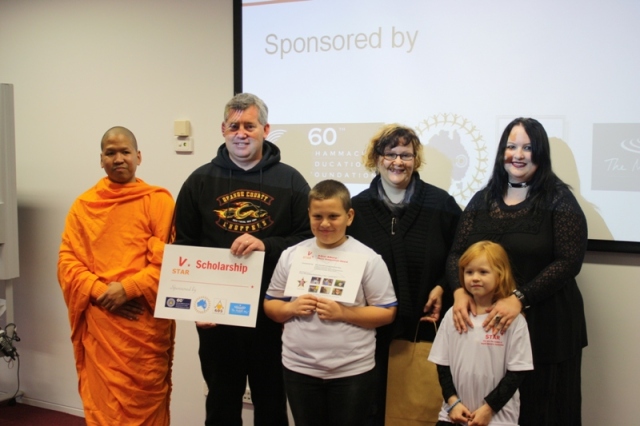 The V-STAR program which has attracted a million young students in Thailand has now flashed it’s first initial program in Albury Australia. V-STAR is a program which aims to teach children the benefit of having good responsibility and about the results which sprout from doing good deeds. It is also an organisation which aims to award children for doing so, to show them that doing something good should be rewarded. It is the concept of giving children an insentive to remain motivated and enthusiastic about doing such things. 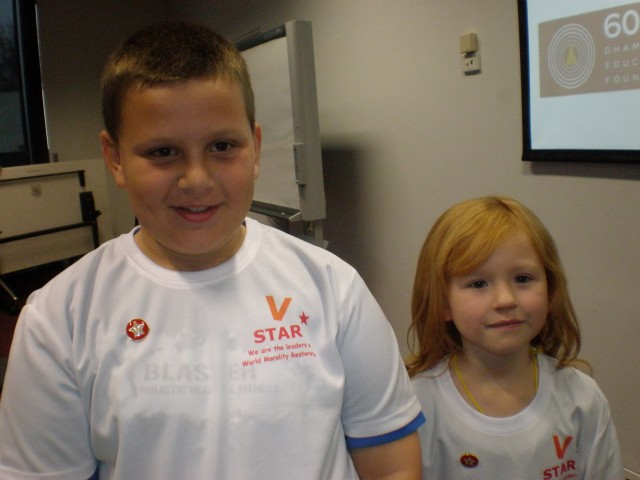 Jacob Cottier(10) of Lavington and Aewen Gilbert(8) of Albury

Jacob Cottier(10) of Lavington and Aewen Gilbert(8) of Albury achieved the awards. They proudly received their certificates and prizes on Sunday 3rd July afternoon at Albury Library Museum.

The V-Star photo competition, Albury, asking kids to post up photo’s of them doing good deeds in order to show the responsibility that they have for themselves, family and the society. Their photos were posted on, V-Star Albury – Facebook group. The photos posted were to be viewed by parents, friends and mentors. While they posted their own photo’s they were also able to learn from others.

Mrs Cottier (Mother of Jacob Cottier – 1st Prize Winner) said that since her son joined the program which ran for the duration of 30 days, Jacob continued keeping up with his progress on a daily basis, with enthusiasm and was always looking for more things to do or help out with. Even though the program has finished, he still continues with doing good work. “I have seen a huge change in him, a much more confident, helpful young man.”

“We live in a society that is so based on greed and the concept of, me first. One of the big things that we try to teach our children is to think of others. And the V-STAR program has really brought this value to the front.”

Ajahn Satit, the administrative monk at our local Buddhist temple on Abercorn St, South Albury who co-ordinated the program gave the statement, “It is a little spark of a good program for our young generation. We are looking forward to doing more in the very near future.”