In the afternoon of 8th May at Visy Cares Learning Centre, Meadow Heights, Victoria. There was a colourful event fruitfully held at the function room, attracted almost 200 participants from the area. 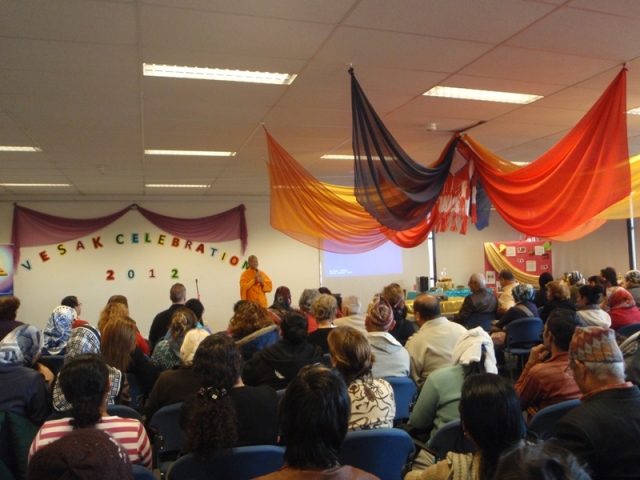 This event was coordinated by Meadow Heights learning shop Inc., The shop has been organising various multi faith events. May is the time for Buddhists to celebrate Vesak in commemoration of the Birth, the Enlightenment and the Passing away of the Buddha.  The idea of this multi faith event is to provide better understanding of Buddhism to other beliefs. As in Australia particularly in Melbourne, we are living in a diversed society. Better understanding in others will bring the comfortable living in this society. 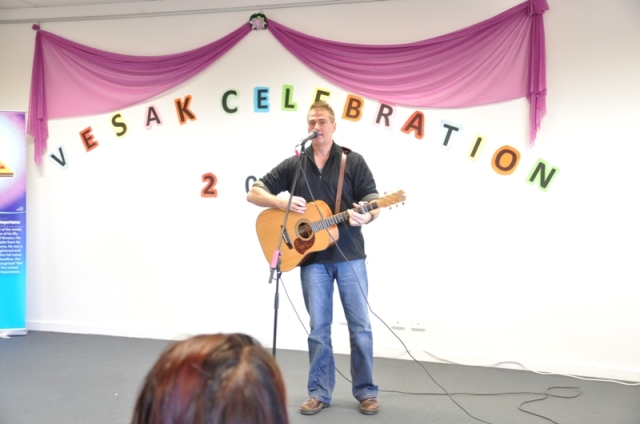 The Vesak Celebration combine the Exhibition of arts and crafts, Blessing from Buddhist monks, documentary about Vesak, Meditationg session guided by the Buddhist monks and Music. All these combinations  give the balance of information and entertainment to the event.

The audiences were from diversity of nationalities, languages and beliefs but they are all join in as one. Meditation session, the universal practice of the mind, helped audiences to be clam, and have deeper understanding of themselves and others. It was leaded by Ajahn Satit who was invited from the temple in Albury NSW. After the meditation they were entertained by a Buddhist musician, Andrew William. “ One people” was the song that highlight this wonderful celebration also the audience can sing along.

At the end, participant can explore around the room while being serve with snack and soft drink , many were enjoy writing their wishes on the leaves of the awaken tree, the Bodhi tree, some were helping in making traditional Sri Lankan lantern. Many liked to have a photo with the Buddhist monk for a good memory of the cerebration. 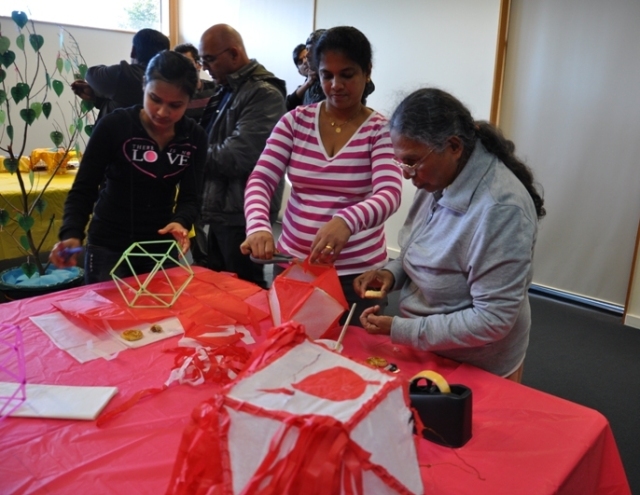