Once upon a time Princess Soumana with 500 princesses paid respect to the Lord Buddha and asked him the following:

Oh! My Lord if your 2 disciples who had equal faith, morality and wisdom but one was more charitable than and the other. And who upon their passing were both reborn in the heaven world. Apart from being celestial beings would they be different. 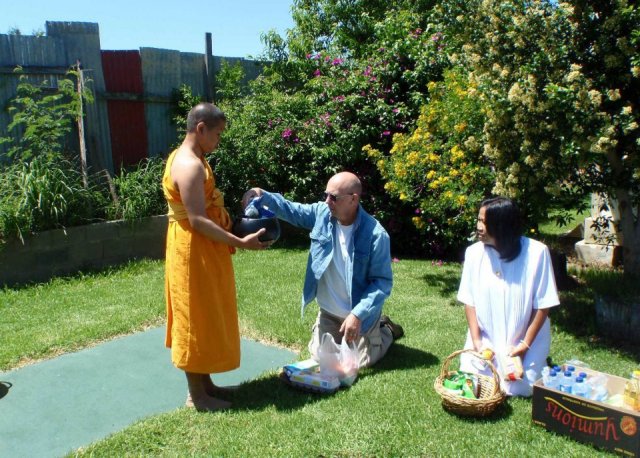 Listen Soumana both of them would have extraordinary difference in celestial life span, complexion, happiness, status and sovereign power. The non- charitable one is likely to be not as privileged as the charitable one.

My Lord once being reborn as human beings would they be amazingly different?

As human beings both of them would have  astonishingly difference in life span, complexion, happiness, status and sovereign power. the non giver would not be as advantaged as the giver.

Oh! My Lord when ordained as monks would they be unusually different.

Both of them would deserve differences in 5 aspects:

When the giver asks for robes he would receive lots of them and when he doesn’t ask for anything he still receives little.  But the non giver wouldn’t get such treatment.

Similarly with alms. This applies to accommodation, requisites and medicine.

The giver would receive mostthings that are satisfying

As a monk the giver would be treated with priviledge in the 5 above mentioned circumstances.

My Lord when attaining Arahatship would they be different?

I don’t see any difference in their attainment.

My Lord this is wonderful. This means that we ought to give or make merit because merit would support beings whether they are celestials, humans or even monks.

That’s the way Soumana we ought to be charitable, make merit because it brings support to celestials, humans and even monks.

After saying this proverb, the Lord  added the following:

The flawless moon would be brighter than any stars in this world. Similarly a person who is endowed with morality and faith would have a more flourishing life through generosity than the stingy one. Likewise a Buddha’s disciple who is a sage and who has a vision would be more priviledged than the stingy one in regards to the 5 circumstances i.e. life span, complexion, happiness, status and material comfort and he would enjoy himself in the heaven after his passing.

Book no.22 of the Tripitaka

Like Loading...
This entry was posted in Dhamma Stories and tagged Buddhist, Donation, Giving. Bookmark the permalink.