AUSTRALIAN OBSERVANCE OF THE UNIITED NATIONS DAY OF VESAK 2013

On the afternoon of Sunday, May 26th, 2013, the Australian Observance of the United Nations Day of Vesak took place at the Sydney Town Hall. This joyous and auspicious event was attended by more than 1,000 people from all Buddhist traditions. 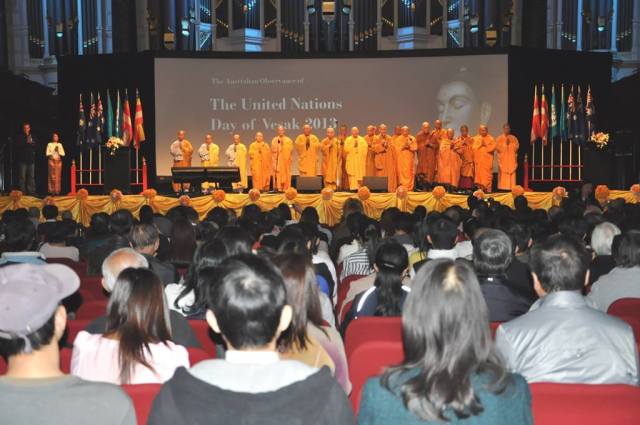 The afternoon began with traditional Thai music and a video presentation, welcoming the arrival of the Venerable Sangha, distinguished guests, members of the Buddhist community and the general public, followed by chanting by the Venerable Sangha from the Theravada, Mahayana and Vajrayana traditions. 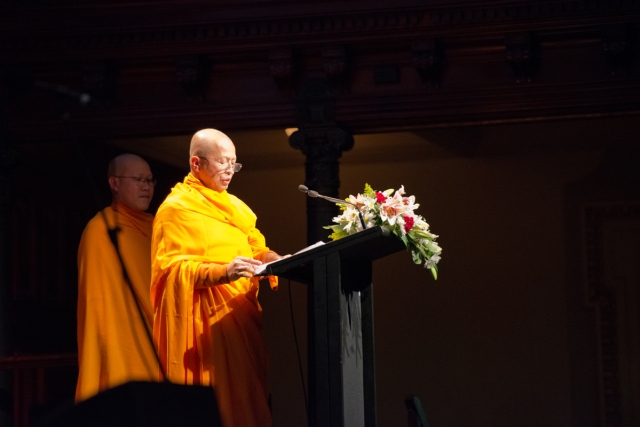 The opening speech was delivered eloquently by the Most Venerable Sudhammo, Chairman of the organising committee and President of the Buddhist Federation of Australia and he also delivered the message from His Holiness Somdej Phra Buddajarn followed by a message from the Grand Master Hsing Yun, Founder of Fo Guang Shan Monastery, Taiwan.

After which, in a refreshing break from the formalities, Dhamma teacher and Buddhist singer/songwriter Andrew Williams presented two original Dhamma songs entitled “The Enlightenment and the Teaching” and “One People” and a fun rendition of the well known “Don’t Worry, Be Happy”.

What followed was an inspiring and informative keynote speech by Dr Royce Wiles, formerly of the National Museum and National Archives of Afghanistan, entitled “Buddhist Heritage of Afghanistan”, which focused on the desired preservation of the newly discovered ancient Buddhist city of “Mes Ayanak” and the ancient Bamiyan Valley Buddha statues. 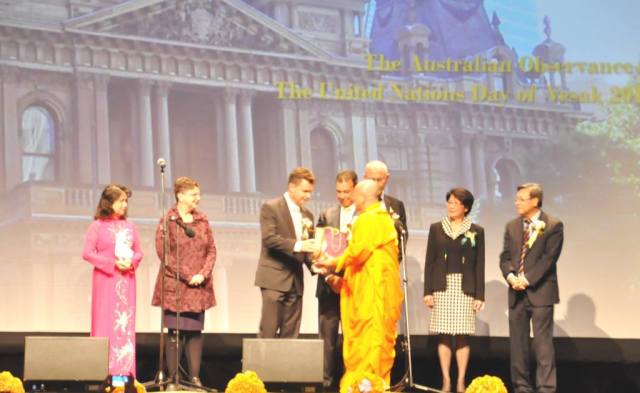 It was a lovely touch when gifts were presented by the Most Venerable Sudhammo on behalf of the organising committee, to the distinguished guests, as a show of appreciation.

The formal part of the afternoon was perfectly rounded off with a guided meditation for peace and well-being and a dedication of merits. 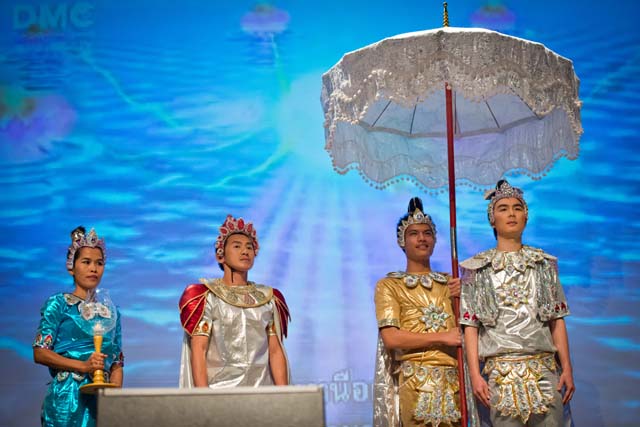 Then everyone sat back, relaxed and enjoyed the beautiful performances as we travelled the world at the Sydney Town Hall, Australia. There were traditional dances, songs and presentations from Cambodia, Burma, Vietnam, Taiwan and Korea, classical Chinese music, Shaolin Kung Fu and a performance of “Life of Buddha” by the Thai Temple 60th Dhammachai Education School.

Special mention must also be given to members of the organising committee for their invaluable contribution and hard work, namely The Most Venerable Sudhammo, Secretary Phra Satit, Deputy Chair Mr Henry Dang, performance organisers Dr Jeff Wilson and Mrs Phuong Nguyen, MC’s – Mr Andrew Williams and Miss Tisarat Pancharoen and all of the many inspiring and hardworking volunteers and performers for the preparation and execution of this beautiful and precious event.

A most enjoyable and harmonious time was had by all who attended.We rejoice in the merits.