Third Anniversary of Wat Albury, another milestone that Ajahn Satit and members of Wat Albury have reached. It has not been a rosy journey but they have managed to go through the hurdles and difficulties and turned crisis into opportunities. They become value experiences for all involved. Now they can proudly say that they really start the wheel of Dhamma turning here at the border.

Since the last Sunday service of 25th August, 2013 when the group has to vacate the premises at Abercorn Street, South Albury, many people might not know that Ajahn Satit has commenced the service again on Sunday 8th September 2013 at a new temporary home generously provided by AISHA FLOW YOGA. This, according to Ajahn Satit and members of Wat Albury, has turned their dark day into the brighter one tremendously. 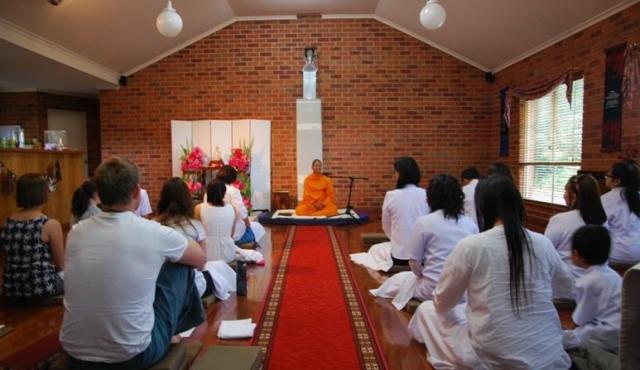 One more good news that marks the celebration of the 3rd Anniversary is, this year, from their hard work for the past 3 years, the Albury centre is formally recognised as one of the overseas Dhammakaya centres. So they are now called Dhammakaya Meditation Centre, Albury, and when they have their own place in the near future, It will be officially called Wat Phra Dhammakaya, Albury. 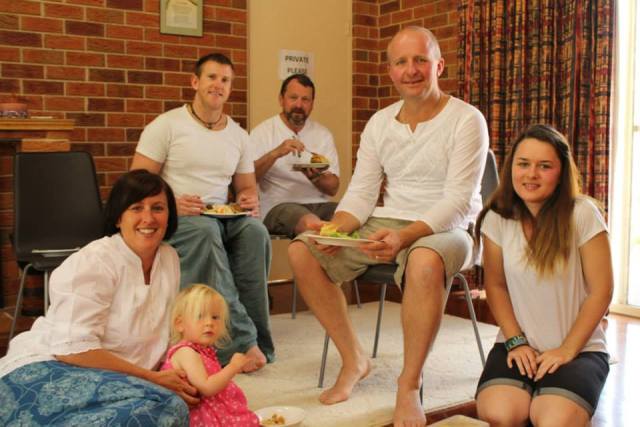 The celebration was joined by the temple regular comers plus visitors from Sydney and Melbourne. Everyone was so happy with the positive spiritual energy in the ceremony and variety of delicious Thai food for lunch.

The Third Anniversary cake was cut to remark the celebration with the victory chanting from the Buddhist monk. 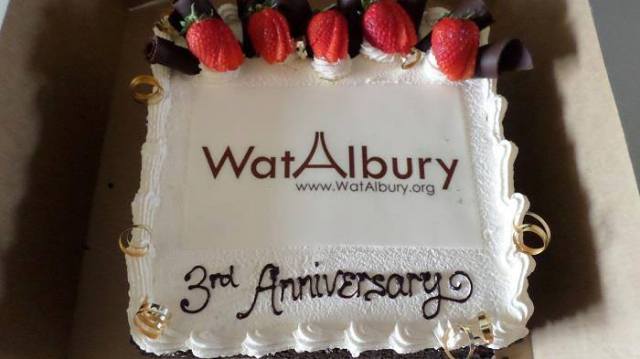